Yeah, I’m fully aware that about a thousand people have already made their rants about this topic, but I really don’t care. It’s tragic that we spent years trying to raise awareness for these disorders and now we have the attention we needed and instead of realizing how serious this issue is, (especially young) people suddenly think it’s something you should be happy to suffer from. Isn’t the word ILLNESS enough to understand that it’s not something you should want? Obviously not. Somehow, stupid kids think that’s it’s cool, glamorous or special to suffer from disorders. How can you be SO blind?

I really can’t believe my eyes when reading this. Whoever wrote this admitted that it’s a disease and explained that it can’t not be beautiful to suffer from it. Right. So just because someone suffers from cancer doesn’t mean they that tumors aren’t cool, right? Is it inappropriate to make this analogy? Probably. But is it appropriate to state that starving yourself to death for a distorted body image is beautiful? No. Anorexic people destroy their bodies systematically for an illusion in their heads that isn’t, has never been and will never be real and there is absolutely nothing beautiful about sacrificing your entire life to become a walking skeleton you won’t even see in the mirror. And believe me, they don’t think that’s beautiful either. And you know why? Because anorexia is a disorder.

But there’s another great thing: Merchandise.

Really, Urban Outfitters? Is suffering from an illness that makes people take their own lives so great that you need to print it on a shirt?

And another reason why I love this store… Isn’t it bad enough that this model looks like she’ll be admitted to the hospital tomorrow? Do you also need to make her wear the statement? 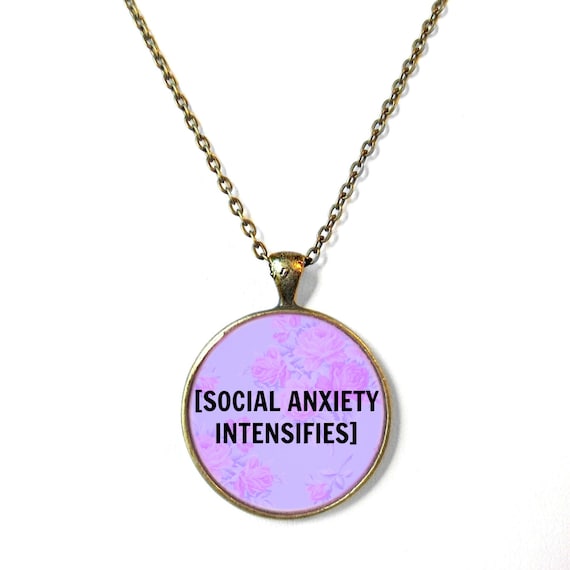 And how about this beautiful necklace that’s been tagged with being ‘pastel’ and ‘grunge’? Yeah, it’s so great to feel like hiding in your room for your entire life because even the smallest social interactions terrify you.

Don’t we ALL love it when something invisible destroys our lives every day?

It might not be Christmas yet, but didn’t Target sell a nice holiday sweater last year? Why shouldn’t we joke about the constant checking, repeating, cleaning and obsessing? Cause, you know, it’s funny.

But unfortuely, this is not where the glamorization ends. The Internet is the best source for it:

Maybe we’ll see how many hearts it takes to starve to death!

How much we all love insomnia.

Never give up until you’re either dead or chained to the hospital bed!

(on the road to destruction)

Who cares you’re dying as long as your bones are showing?

I can’t even put it into words what I think about such pictures. They make me speechless and that’s rather rare for me. It’s just… Why? Why is this considered desirable to be mentally sick? Why do they think sicknesses are worth striving for? What is wrong with this world and this generation?